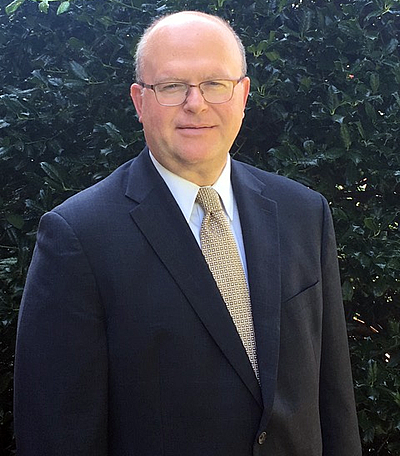 A thirty-two year veteran of Capitol Hill, Steve served as senior staff to two Members of Congress working with defense, space, aerospace, technology, homeland security, and natural resources issues. Steve worked closely with Congressional Armed Services Committees and Defense Appropriations Subcommittees in both the U.S. House and U.S. Senate, as well as the Department of Defense and other executive branch agencies.

Steve has experience in the formation of community support groups, and successfully defending communities during four rounds of the Defense Base Closure and Realignment (BRAC) process in the 1990s and 2005. He led efforts to preserve the solid rocket motor industrial base, fund cruise missile advancements, assure the strategic metals stockpile, and bolster the military industrial depot system and workforce. He was responsible for drafting legislation to further public-private partnerships and preserving test and training ranges in the Western U.S.

Steve received a BA in Political Science from Utah State University and a JD from the S. J. Quinney School of Law, University of Utah, completing his final law semester at Georgetown University Law Center. He is a member of the Nevada Bar Association, and a graduate of the U.S. Air Force Air Command and Staff College, Maxwell Air Force Base, (2008). Originally from a family farm in Northern Utah, Steve learned the value and satisfaction of hard work and using ingenuity to solve problems from an early age. He resides in Northern Virginia with his family.