Tim Stewart is a founding partner of Bennett Group DC. Tim has represented a diverse number of clients with interests before the federal government in both legislative, budget and appropriations issues. He has extensive political experience and has worked in the U.S. Senate and as senior Congressional staff in the U.S. House of Representatives where he served first as Legislative Director and then as Chief of Staff on the House Committee on Resources. The Committee on Resources is one of the most productive Congressional committees with jurisdiction over the nation’s public lands. (Learn More) 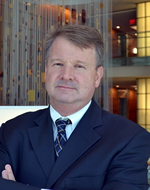 Kenneth Lee has been involved in Washington, DC legal, legislative and regulatory matters since 1976. After 15 years in the Solicitor’s Office of the Department of the Interior, specializing in environmental and natural resource legal issues, he went into private practice and began to hone his government relations skills. In 2001 he set up his own shop, Kenneth G. Lee, Consulting, to focus on his government relations and advocacy clientele. (Learn More) 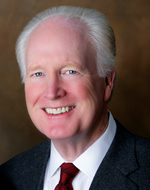 A thirty-two year veteran of Capitol Hill, Steve served as senior staff to two Members of Congress working with defense, space, aerospace, technology, homeland security, and natural resources issues. Steve worked closely with Congressional Armed Services Committees and Defense Appropriations Subcommittees in both the U.S. House and U.S. Senate, as well as the Department of Defense and other executive branch agencies.
(Learn More) 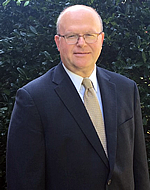 Former Senator Robert Bennett passed away on May 4, 2016. Senator Bennett died of complications of a stroke and pancreatic cancer.Former Senator Bob Bennett is the chairman of Bennett Group DC, a governmental consulting group he founded after leaving government service in 2011. As a U.S. Senator from Utah, he was a senior member of the Senate Banking Committee and a member of the distinguished Joint Economic Committee. He also served as the ranking Republican on the Senate Rules Committee and as a member of the Senate Appropriations Committee. Prior to his election to the U.S. Senate in 1992, he served as the CEO of Franklin Quest, Inc. (NYSE), where he grew the business from four employees to more than 1,000. He has a long distinguished record in business and public policy and has been instrumental in the launching and growth of enterprises large and small in many different different fields. 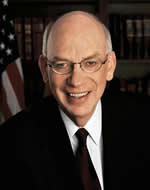